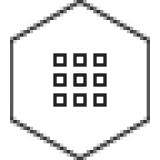 currently it is not possible to add the wedding speech (S-41) and the memorial speech (S-32) as speeches, because ONLY numbers are accepted.

Is there another way to make these two dispositions "visible" in the print form?

Thank you very much for your support!

I am surprised by the assumption that only numbers are accepted to enter public talks, because also titles are normally included?!

You have to understand that you are essentially trying to enter as public talks items that are not public talks (which are all S-34, but have a unique talk number as well) probably to plan meetings that TB has not been designed to plan. That is not forbidden, on the contrary, but you'll run into some challenges.

Of course you would have to invent new numbers for these (start high, way higher than the highest # of PT, so there is room for more of those), just as some have done for HQ rep talks. Then also realise that these talks will behave as public talks.

The letters and special characters are already accepted when creating. But in the database there is a "0".

If I then look at the listing of the speakers from my own meeting, there is then 2x "0".
So this does not bring me anything.

With S-41 and S-32 you can immediately do something as a speech planner.
Now I have to come up with a fantasy number as the presentation number. e.g. 1000 for S-41 and 1001 for S-32 and tell the presentation planner for the circle the resolution.

Not pretty, but works somehow.
There are no comments made for this post yet

S-41 and S-32 are not public talks. That is a simple fact. TB is not made to schedule such talks. That is another simple fact. And you knew both when you asked the qustion, so I can't see why you are responding like this now, when you were given a suggestion about how to make it work, while it shouldn't.

The team are still looking for software developers who can keep the programme up to date and even develop new features. I am sure they would be happy to accept your help.

That was just an idea...to make a small change in the database field that also letters can be used. Nothing more :-) But with the workaround it works :-)
There are no comments made for this post yet
There are no replies made for this post yet.
Be one of the first to reply to this post!
Please login to post a reply
You will need to be logged in to be able to post a reply. Login using the form on the right or register an account if you are new here. Register Here »
Forgot Password?
Discussions Powered by EasyDiscuss For Joomla! 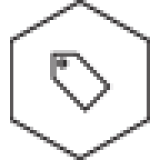 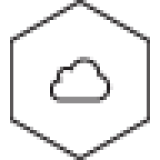